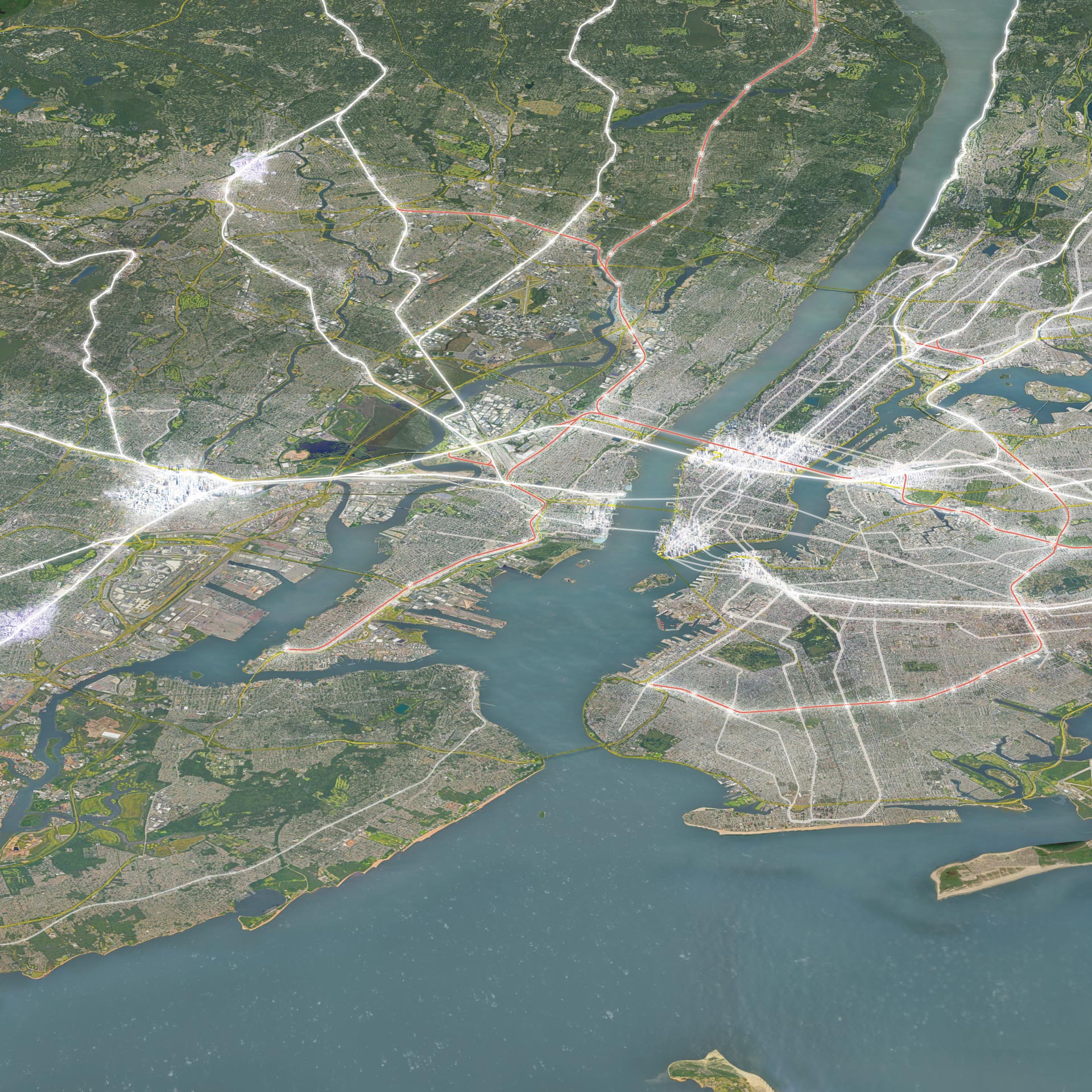 ReThinkNYC is an organization dedicated to applying innovative thinking to the future of New York City and its greater region. We focus integrally on transportation infrastructure, land use, governance, and socio-economic issues.

The organization catalyzes and advocates for a growing number of proposals to improve the region: The upcoming Bigger Apple Plan proposes to expand and reform governance, transport, and land use in the region. It achieves these goals by seeing the potential of a polycentric region instead of the existing single-core status quo. One of its already publicized constituent components is RUN (The Regional Unified Network).

We’re currently advocating RUN, a program to establish a regional rail network that allows people to get from anywhere to everywhere via transit. By making a few crucial investments at key chokepoints, RUN unlocks the full potential of our transit networks, laying the groundwork for more equitable and sustainable growth in the coming decades.

ReThink Penn Station NYC is an initiative of ours. It’s goal is to replace the subterranean experience of present-day Penn Station with a re-envisioned version of the original edifice.

RUN and the Bigger Apple Plan are projects of ReThink Studio, a New York-based professional services firm and think tank, whose mission is to solve intractable problems through holistic design strategies 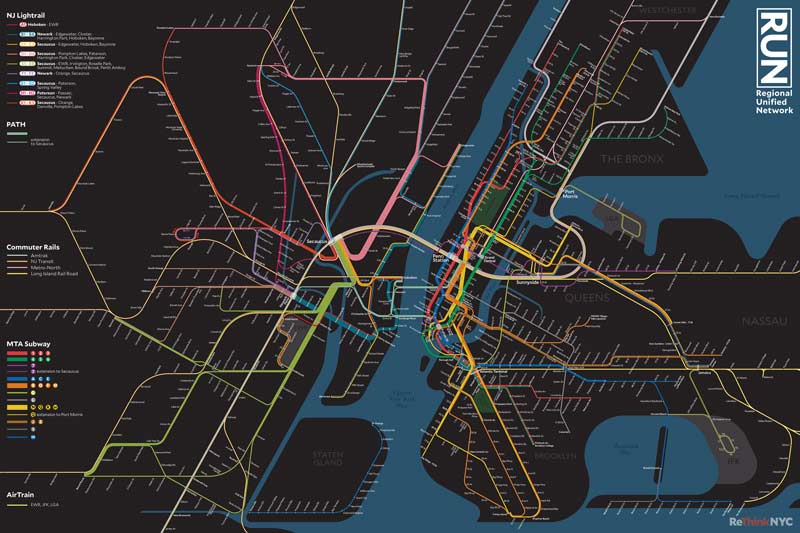 The Regional Unified Network Service Map. Click on  image to see in detail. 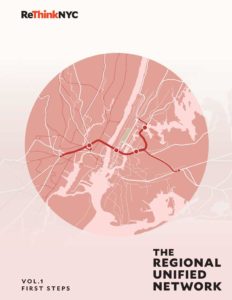 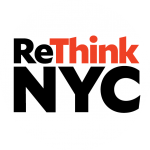 ReThinkNYC is a New York City-based non-profit organization specialized in transportation infrastructure and how it relates to complex urban, governance and socio-economic issues.