ReThink Studio’s Regional Unified Network (RUN) is a multi-stage program to build a world-class regional rail network for the New York City Metropolitan region. When fully built, it will allow you to get from anywhere in the entire region to everywhere else via mass transit, either directly or with seamless and easy connections.

By making a few crucial investments at key chokepoints, it unlocks the full potential of our mass transit system and lays the groundwork for further growth and expansion over the coming decades. By creating new transit hubs and more useful service patterns, it will allow the Tri-State Area to develop as a connected whole rather than a series of disconnected parts.

Whenever possible, RUN re-purposes existing infrastructure, and in general every constituent part of RUN replaces or modifies an existing proposal. It reallocates or redirects proposed spending, and fits within the overall fund raising capacity of the region. Counter-intuitively, one large project is both more feasible and more efficient than a series of smaller ones – and can provide benefits at a far greater scale.

Phase 1 of RUN – the singular, essential part of the proposal – is a modified version of Amtrak’s Gateway Program. Rather than demolishing an entire dense Midtown Manhattan block to build a new station adjacent to the existing Penn Station, RUN instead builds new connections and yards that will bring together every single suburban transit line in the Metropolitan Region into a series of four-transit hubs focused on an improved Penn Station. RUN solves all three of Penn Stations problems – crowding, inefficient train movements, and discontinuity – gives Moynihan Station access to every platform at Penn Station, and is compatible with any design choices above the platform level.

Beyond this core proposal, RUN includes a series of proposed modifications to previously proposed major investment projects in the New York Metropolitan Region. These individual proposals are not necessary for the successful functioning of the RUN system, but add significant value to it. They are designed to be modular, meaning they can be phased or developed in any order or simultaneously, with each individual addition adding value synergistically with both preceding and following modular development.

We are a New York-based professional services firm and think tank, known for developing holistic solutions for both small and large-scale transportation problems. We pride ourselves in designing elegant solutions to complex problems. This is done by looking at a rich variety of analogous examples, questioning underlying assumptions and thinking holistically. Our present focus is on our flagship project, ReThinkNYC, which has inspired interest from all over the world. 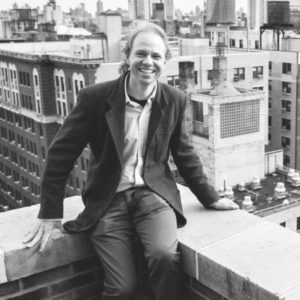 Jim Venturi is the founder and prin­ci­pal designer of ReThink Studio and ReThinkNYC. Through his expe­ri­ences in infor­ma­tion tech­nol­ogy, plan­ning, and archi­tec­ture, Venturi focuses on solv­ing the infra­struc­tural, social and eco­nomic chal­lenges of trans­porta­tion planning.

This holis­tic approach is reflected in both his work at ReThink Studio and his past work as a net­work archi­tect, bridg­ing ana­lyt­i­cal and cre­ative assets by build­ing early tech­nol­ogy net­works and devel­op­ing soft­ware. He founded Creative Technologies, a bou­tique sys­tems inte­gra­tion tech­nol­ogy firm cater­ing to archi­tects and design­ers. In 1996, the com­pany shifted focus to design­ing and imple­ment­ing email and net­work migra­tions for Fortune 1000 companies.

Venturi is the 2015 recip­i­ent of the James Parks Morton Promise for the Future Award, which was given in part to rec­og­nize the ReThinkNYC project. 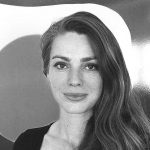 Aurelie Barbier joined ReThink Studio as a Senior Urban Planner with over 13-years of professional experience in the field of planning. As a planner in Switzerland, Aurelie led various large-scale master plans for The World Bank and the French Development Agency (AFD) in European and Global South cities. 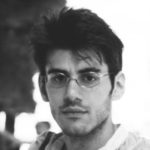 Cezar Nicolescu joined ReThink Studio as a Senior Urban Designer with demonstrated expertise in mobility planning, animation design, and art history. As an architectural designer, Cezar previously worked at Gachot Studios in New York, and Kilo Architectures in France and Morocco. He also worked as an archeological surveyor at the Villa Magna Archeological Excavation in Anagni, Italy. 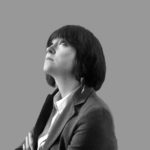 Lane Rick joined ReThink Studio as a Senior Project Manager with strong experience in architectural design, communication strategy, and stakeholder engagement. She is a co-founder of a Brooklyn- and San Francisco-based studio, Office of Things. Lane also writes about and draws things and ideas she finds interesting, including Times Square, Chinatowns, and storefront churches. Lane’s drawings have been shown at galleries in Shanghai, Toronto, New York, and Atlanta.

Lane graduated from Yale University with a Bachelor of Arts in Architecture and a Master of Architecture. She is a registered architect in the State of New York. 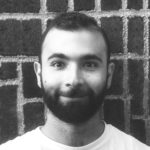 Karim Ahmed joined ReThink Studio as a Feasibility Analyst with experience conducting detailed work on construction documents and shop drawings for various contractors and fabricators in New York. He has conducted architecture and urban design research in North Africa and Southern Europe, and also volunteers for an organization that provides aid to undocumented immigrants.

Karim graduated from The Cooper Union with a Bachelor of Architecture. He is a registered architect in the State of New York and a member of the American Institute of Architects (AIA).

Liam Blank joined ReThink Studio as a Transportation Analyst with demonstrated expertise in transportation planning, public policy, and urban design. He has worked in Rhode Island, New Jersey, and New York for non-profit community organizations, political campaigns, and a facility management consulting company. While in college, Liam co-founded the New Jersey Commuters Action Network (NJCAN), one of the leading commuter advocacy groups in the state.

Liam graduated from the Edward J. Bloustein School at Rutgers University with a Bachelor of Arts in Planning & Public Policy. 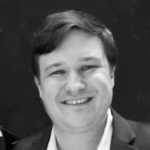 Barry Caro joined ReThink Studio as a Political Strategist with a deep background in urban policy. He has served as chief policy advisor to mayoral candidates and various elected officials. Barry has also conducted independent research on the West Side Stadium project and the intersection of major urban redevelopment programs involving sports stadiums with underlying transportation infrastructure.

Barry graduated from Princeton University with a Bachelor of Arts in History. 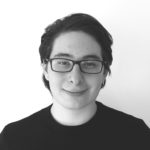 Diego Gonzalez joined ReThink Studio as a Designer with experience working as an architectural designer in New York and Guatemala. He has contributed to a variety of projects that use design interventions to reactivate underused public spaces.

Diego graduated from The Cooper Union with a Bachelor of Architecture. 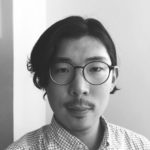 Yubi Park joined ReThink Studio as a Designer with experience working for architecture offices and boutique studios in New York on various urban-scale projects. He has co-authored and published a research project on stormwater management and urban resiliency.

Yubi graduated from Pratt Institute with a Bachelor of Architecture.

ReThink Studio is built on the exceptional work, dedication and skills of our team. Each of us brings a variety of skills and experience to our projects. The work environment is exciting and dynamic, and we’re hoping to expand the team with similarly dedicated and talented individuals.